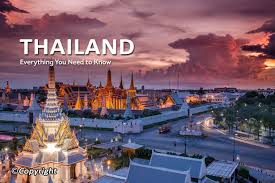 A Brief History of Thailand

We’re sure you are aware that the King of Thailand passed away on October 13, 2016.  This may not make much of an impact around the world but here in Thailand life changed quite dramatically. 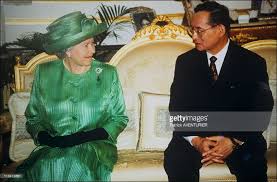 this honor goes to Queen Elizabeth of Great Britain who has reigned for nearly 64 years.

His Majesty is greatly revered by the people of Thailand, many of whom have known no other monarch in their life time.

There will be a year of mourning and flags will fly at half-mast for at least the first 30 days.  All entertainment is postponed during this period and Thais are wearing black or black and white to honor their King.

According to the Chiang Mai Expats Club, non-Thais are not required to do this but should not wear bright colors.  We are wearing black and white when possible and have a black ribbon pinned to our shirts.

The TV is covering the many ceremonies taking place in Bangkok as well as reviewing His Majesty’s life.  This is a very sad time for everyone in Thailand.

We understand that the Chiang Mai Yi Peng Lantern Festival    which takes place November 13 – 15 will continue as usual but there will be no music or entertainment.  We plan to be at this ancient spiritual festival so stay tuned!

According to Khaosod English, entrance to National Museums and Historical Parks nationwide will be free for both Thais and foreigners until the end of January 2017, in honor of His Majesty, King Bhumibol Adulyadej.

There are 10 National Historical Parks in Thailand, 4 of which are World Heritage Sites.  None of these Parks are within easy reach of Chiang Mai, however, on a previous visit we were fortunate to be able to visit three of the sites. 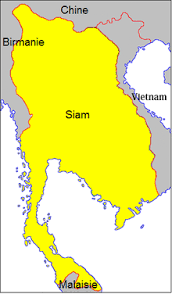 Now to a brief history of Thailand.  This link https://www.stickmanbangkok.com/readers-submissions/2014/03/why-thailand-was-never-colonized/   briefly explains how Thailand, then known as Siam, was never colonized.

It is an interesting story about the conflict between the British and the French in their “scramble for Asia”.  Well worth the read.

Most of our readers (being pretty much the same age as we are!) will remember the movie “The King and I” starring Julie Andrews and Jul Brynner.  You might want to go down memory lane and watch it again!