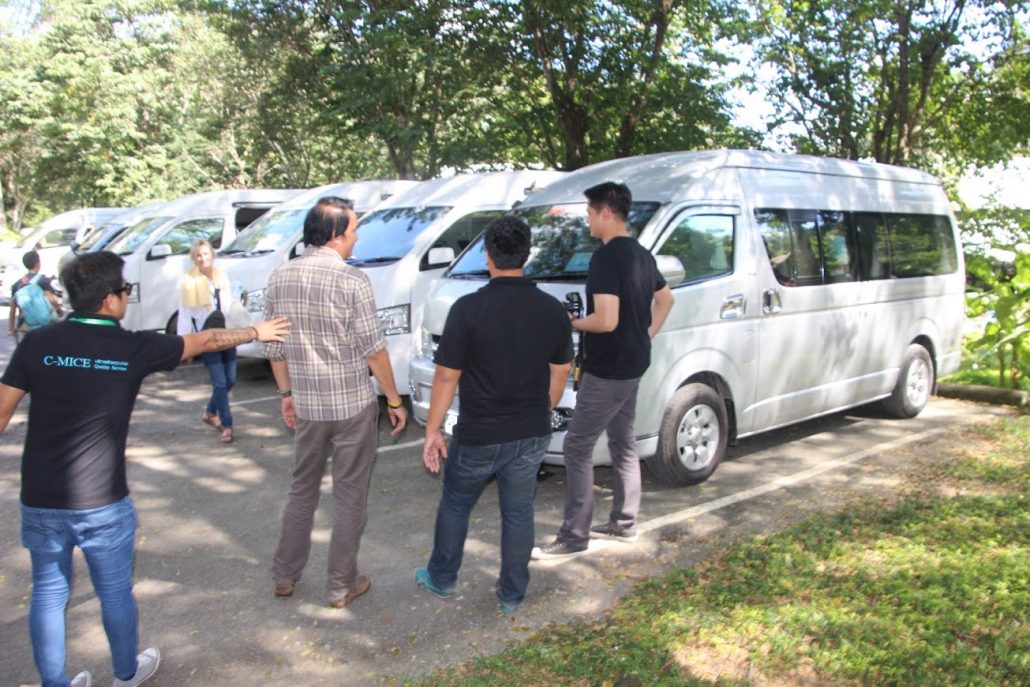 Tour of the Upper Northern Provinces of Thailand 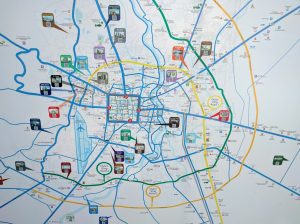 While we’re focused on staying in Chiang Mai for our two months (which we’ve now extended to three months because we are enjoying ourselves so much!) we also intended to do a little touring outside the city.

In particular we planned to travel north to the town of Pai which many people had recommended to us.  This is a journey of about 92 miles (148.7km) on a road that climbs up and down mountains with 762 curves!  Yes … that’s right 762 curves, some of the pretty tight! 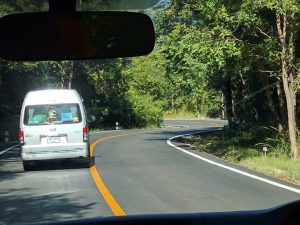 Before we were able to put our plans together, we were invited to join an international group of “Expat Ambassadors” on a 4-day tour hosted by the Northern Thailand Provincial Governments and managed by Lampang Province with assistance from a team of tourism professionals.

The purpose of the trip was to promote the region for Long-Stay tourism as well as for those seeking a retirement location.   Fortunately, the itinerary included Pai as well as three other cities. 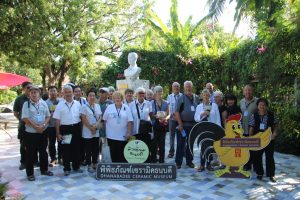 We were a diverse international group including Australians, New Zealanders, Americans, Canadians, Japanese, Taiwanese and Koreans, all currently residents of Chiang Mai.  We traveled together in very comfortable minibuses with expert drivers and tour guides who took great care to ensure that everything ran smoothly and everyone was happy.

It reminded us of the Travel Agent Familiarization trips that we used to operate in our previous travel lives with one exception …. this trip was completely complimentary!

We left the Amora Thapae Hotel in Chiang Mai after breakfast and traveled south 16 miles (26 km) to the city of Lamphun. Being so close to Chiang Mai, this city is often overlooked although it is one of Thailand’s oldest continuously occupied towns and 500 years older than Chiang Mai.  There are some impressive sites to see in the city, the most important of which is Wat Prathat Haripoonchai. 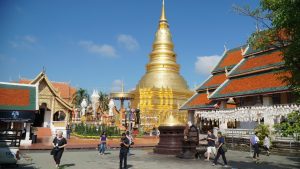 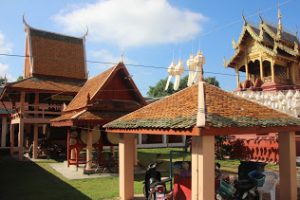 The exact date of this Buddhist temple is unknown but it is believed that the complex dates from the 11th century while the central stupa (chedi) is thought to originate in the 9th century and contain a hair of the Buddha. 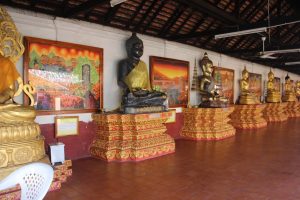 The temple is one of the most striking in Thailand and as we approached the complex we were captivated by the enormous golden chedi contrasting with the traditional red and green roof of the Hall and other pagodas containing Buddha images where the faithful come to pray.  The Hall itself is ornately decorated with paintings and Buddha statues. The entire complex radiates a peaceful and spiritual atmosphere.

We continued to Lampang to the Elephant Conservation Center located in an attractive forested setting and home to more than 50 Asian Elephants.  The center also houses six of the late King Bhumibol’s white elephants which, unfortunately, were not available for public viewing. 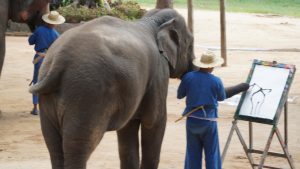 Apart from elephant shows, the center is known for work in science and conservation and has an on-site hospital as well as a mobile clinic to take care of needy elephants.

We enjoyed lunch at the restaurant with our fellow Expat Ambassadors before continuing to our next stop in Lampang. 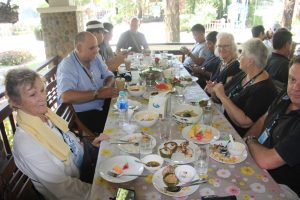 In keeping with the purpose of the tour, our next stop was at the Cardiac Center, Lampang Hospital, where we were briefed by the Assistant Director.  This hospital is the top cardiac unit in the North and second in all of Thailand, with 800 beds and 2,500 staff, including 4 surgeons.  Before the hospital was built, three people a day died due to lack of cardiac treatment facilities.

The Rotary Club and donations played an important role in the funding for the hospital and we learned that the Assistant Director raised funds himself by singing at various venues. 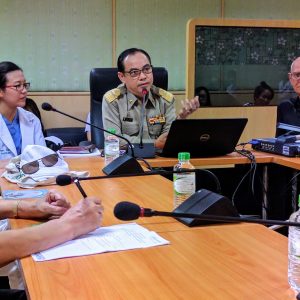 He gave each of us a CD and sang one of his songs to us at the end of his presentation.  Delightful!

It’s no surprise that one of the main concerns of those considering retirement or living long term in a foreign country is the availability and quality of medical care.  We have found that medical care in Chiang Mai and the surrounding area is excellent and very reasonably priced, and the Cardiac Center in Lampang is a great example of this. 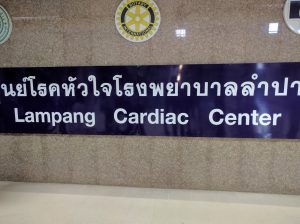 Our final stop of the day was to the Dhanabadee Ceramics Museum where we saw the staff at work and were able to follow the process from beginning to end.  The museum/workshop is located in Lampang because of the quality of the clay that was found in the area several generations ago.

The traditional pottery features the “chicken noodle bowl” which is decorated with a rooster, a banana plant and a flower — all hand-painted!  We were told that the attractive young girl doing the painting is the only person qualified to do this work and also that she is deaf.  We watched in amazement as she quickly and confidently painted the different shapes, free hand, and in no time the design was done! 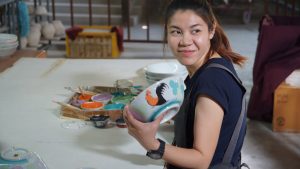 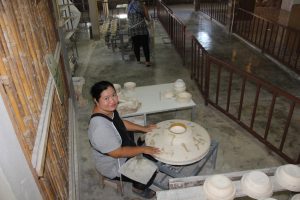 The museum also features more modern ceramic designs and all at very reasonable prices.  We were tempted to buy some of the beautiful items but realized they probably wouldn’t make it through the next four months of traveling!

The Thai people are so hospitable and gracious and before making our way to the hotel via horse-drawn carriage, we were served pastries and a delicious drink of lemonade and butterfly pea flower.

Lampang is an attractive city that would appeal to someone looking for a little less activity than in Chiang Mai!  The streets were decorated with large Chicken Pots, many filled with beautiful plants and flowers.

Our day ended at the Vieng Thong Hotel with a welcome dinner and speeches from the President of the Lampang Tourist Office and other officials sharing with us the benefits of life in Lampang Province.

Breakfast was scheduled for 7am the next day so, not being party animals, it was off to bed for us!